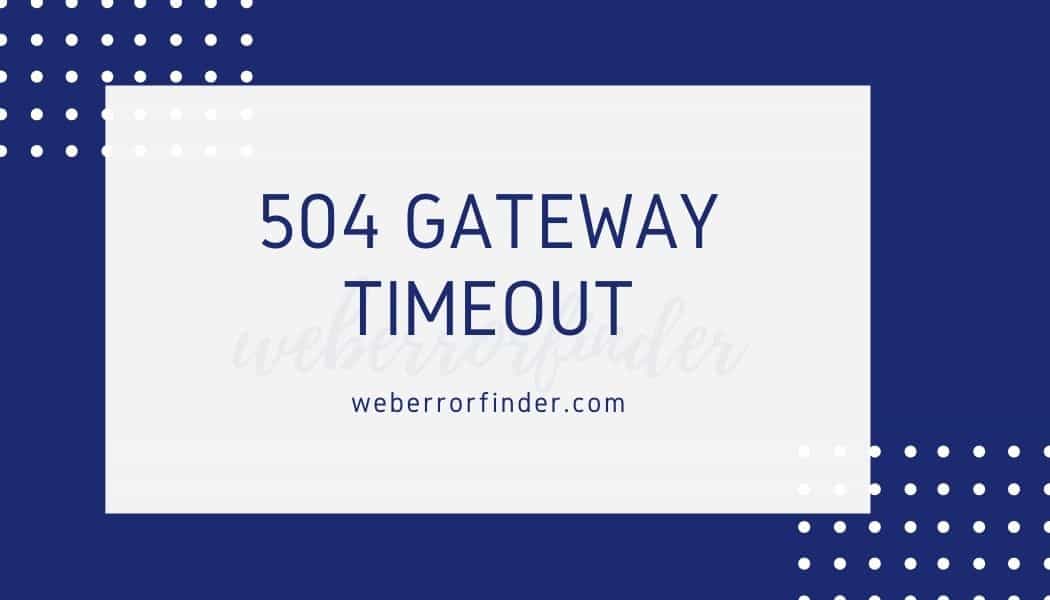 The HTTP 504 gateway timeout is a server error response code that indicates that the server while acting as a proxy, did not get a response from another server in time to complete the task. You have to keep in mind that a Gateway might relate to different things, and 504 errors most probably are not something that you can fix, but on the other hand, it usually requires the fix by the server or proxies you are trying to get access through.

There is nothing more frustrating and tiring than receiving a timeout error on your WordPress site. This error can cause your website to be inaccessible to the users. And that is not the worst thing, and the most irritating about this error is that it can disappear and then reappear on its own if the underlying problem is not resolved. Following are the most commonly occurring gateway errors:

Sometimes 504 gateway timeout error simply occurs due to the temporary glitch on the WordPress hosting servers. Wait for a few minutes, and then try reloading your website. If the error disappears, you don’t have to take any further action. On the other hand, if the error remains as it then continues troubleshooting the error and tries to fix the problem by disabling VPN. You can use this approach only if you are using VPN Service. It is possible that your VPN server might not be able to get a response from your WordPress server, which can result in a 504 Gateway Timeout Error.

While using the Nginx web server, a 504 gateway timeout error occurs very often. This error is generated for many reasons on the backend that is serving content. There are several ways to fix the 504 gateway timeout and to do that, and you have to figure out the configuration you are using.

For Nginx as a proxy, the very first thing that you should do is to tweak its configuration by increasing the timeout values by adding the file /etc/Nginx/conf.d/timeout.conf and restarting Nginx service:

Sometimes, increment in timeout.conf does not necessarily resolve this problem. To prevent the error, few codes can be added to the “nginx.conf.”

We are sorry that this post was not useful for you!